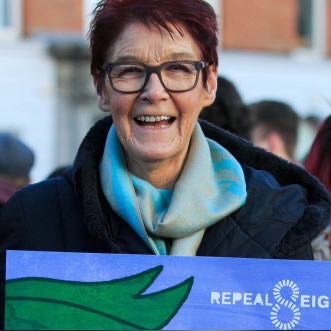 Feminism of Intimate Risk.
The Body and Writing
as a Battlefield

Currently, she is Chair of Women’s Aid, and is a founding member of Le Cheile: Diversity not Division, a cross-sectoral alliance set up in 2020 to challenge far right extremism in Ireland.

Ailbhe’s role in the Together for Yes campaign was recognised by her inclusion in the Time Magazine list of the world’s 100 most influential people in 2019.