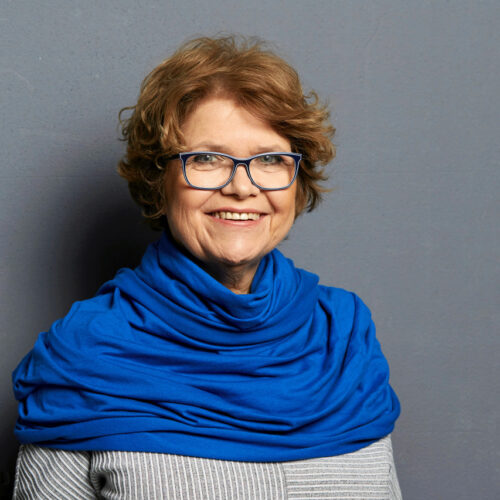 A psychologist by education, she is also a journalist, reporter and a writer. From its first to its last issue (1982-1989), she worked in the team of Tygodnik Mazowsze, a magazine published by the underground Solidarity. She also co-founded Gazeta Wyborcza, with which she is associated to this day. She is the author of several books, including Pamiątkowe rupiecie, przyjaciele i sny Wisławy Szymborskiej (1997, with Joanna Szczęsna) and Lawina i kamienie. Pisarze wobec komunizmu (2006, also with Joanna Szczęsna), for which they received the Grand Prix of Fundacja Kultury. In 2012, she published the acclaimed book The Crime and the Silence: Confronting the Massacre of Jews in Wartime Jedwabne, which was awarded the European Book Prize and the American edition was honoured with the National Jewish Book Award for the best book on the Holocaust. In 2017, she published Sendlerowa. W ukryciu biography, for which she received, among others, the Ryszard Kapuściński Prize. In 2019, together with Helena Łuczywo she wrote Jacek, the biography of Jacek Kuroń, which won Nagroda Historyczna Polityki Award. In 2017, she received an honorary doctorate from the University of Gothenburg. Her latest book Cena. W poszukiwaniu żydowskich dzieci po wojnie was published in 2022.