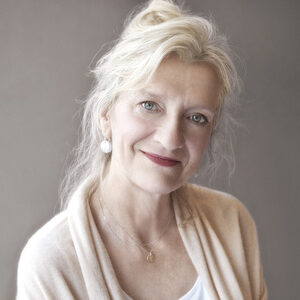 She grew up in small towns in Maine and New Hampshire. With Strout’s vivid and mesmerizing storytelling, her books received national recognition: her first novel, Amy and Isabelle, won the Los Angeles Times Art Seidenbaum Award for First Fiction and the Chicago Tribune Heartland Prize, and was a finalist for the PEN/Faulkner Award and for the Orange Prize in England; her second novel, Abide with Me, was a national bestseller and a Book Sense pick; her 2016 novel My Name is Lucy Barton, became a #1 New York Times bestseller and was longlisted for the 2016 Man Booker Prize; Anything is Possible won the Story Prize 2017/2018; and The Burgess Boys, a New York Times Bestseller, was named one of the best books of the year by The Washington Post. The Burgess Boys had also been optioned by HBO and Robert Redford for a miniseries. Her latest novel, Oh William!, is a follow-up to My Name is Lucy Barton and a New York Times bestseller.

Additionally, Strout published her short stories in a number of magazines, including The New Yorker and O: The Oprah Magazine. Her short story collection, Olive Kitteridge, which was a finalist for the National Book Critics Circle Award for fiction, won the 2009 Pulitzer Prize for fiction and was also adapted into an Emmy Award-winning HBO miniseries starring Frances McDormand, Richard Jenkins, and Bill Murray.

In her 2019 New York Times bestseller, Olive, Again, Strout revisited the iconic indomitable character. Olive, Again was Oprah’s Book Club pick and also was named one of the best books of the year by The Washington Post, Time, and Chicago Tribune, among others.

Strout lives in New York City, and speaks at literary series, libraries, and colleges and universities across the country.