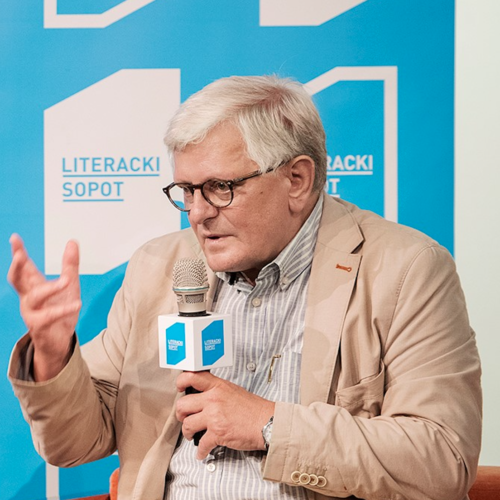 He is a lawyer (Adam Mickiewicz University in Poznań, 1975) and economist (Lund University, Sweden, 1989). In the Inter-Enterprise Founding Committee and later in the Regional Board of the Solidarity Trade Union of Wielkopolska, he was a journalist and the editor-in-chief of the Wiadomości Dnia daily and the Obserwator Wielkopolski weekly, as well as the head of the information department. He was arrested by ZOMO (Motorized Reserves of the Citizens' Militia) on 13th December 1981 in the Grand Hotel in Sopot and subsequently interned until July 1982. He emigrated to Sweden, where he was the chairman of the Swedish Solidarity Support Committee in Lund from 1985 to 1990. In 1993, he returned to Poland. From 1999 to 2006, he was the president of Presspublica sp. z o.o., the publisher of the Rzeczpospolita newspaper. From 2004 to 2006, he was the editor-in-chief of Rzeczpospolita. From 2008 to 2016, he was the director of the Book Institute in Cracow. In 2019, he published the book Lwów. Kres iluzji. Opowieść o pogromie listopadowym 1918. He is a member of the Polish PEN Club.