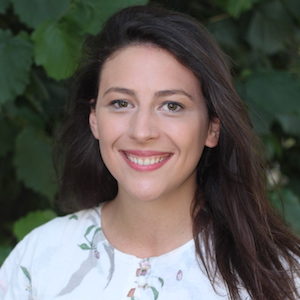 Citizenship in an age of Brexit
and freedom of movement

Madeline is assistant comment editor at the Telegraph. She was previously editorial manager at the Institute of Economic Affairs (IEA), responsible for commissioning and editing the IEA blog, creating content for the podcast channel and writing for a range of media outlets. She has also worked as a parliamentary researcher and speechwriter, and as a reporter for Newsweek magazine. Madeline graduated from St Hilda’s College, Oxford in 2014, with a degree in English and as an undergraduate, was actively involved in university politics, and was elected to the standing committee of the Oxford Union during her studies.

previous
next
Designed by Studio Spectro
Privacy policy and protection of personal data. Whereas the Regulation (EU) 2016/679 of the European Parliament and of the Council of 27 April 2016 on the protection of natural persons with regard to the processing of personal data and on the free movement of such data, and repealing Directive 95/46/EC (General Data Protection Regulation), we hereby inform you that the administrator of your personal data is Miejska Biblioteka Publiczna in Sopot located at the following address: ul. Obrońców Westerplatte 16, 81-706 Sopot. We use ‘cookies’ and other similar technologies. They will be stored on your end device unless you change relevant browser settings. Your further use of this website is tantamount to your consent to Miejska Biblioteka Publiczna processing your personal data for informational purposes. ok, I accept ✚