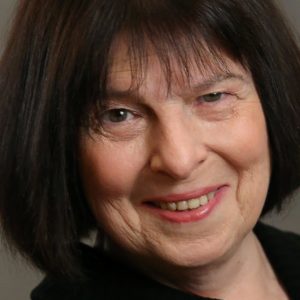 How Does the Translator
Translate? – a discussion
on drama translation
and beyond

A graduate of the English Department at the University of Warsaw, she has worked for the Dialog monthly magazine since 1966. Between 1995 and 2005, she was the literary manager at the Powszechny Theatre in Warsaw.  She has translated more than 100 plays written by English, American, Australian, Irish, Canadian, New Zealand and African writers, including Edward Albee (Three Tall Women), Neil Labute (The Shape of Things), Doris Lessing (Each His Own Wilderness), Brian Friel (Dancing at Lughnasa), Lee Hall (Shakespeare in Love), Christopher Hampton (Tales from Hollywood),  Martin McDonagh (The Cripple of Inishmaan), Enda Walsh (The Walworth Farce and Ballyturk) , Willy Russell (Shirley Valentine), Judith Thompson (Lion in the Streets) and Caryl Churchill (Far Away, Escaped Alone, A Number). She is a member of the advisory board at the American quarterly Theatre Forum and the head of the playwrights’ section of ZAiKS.