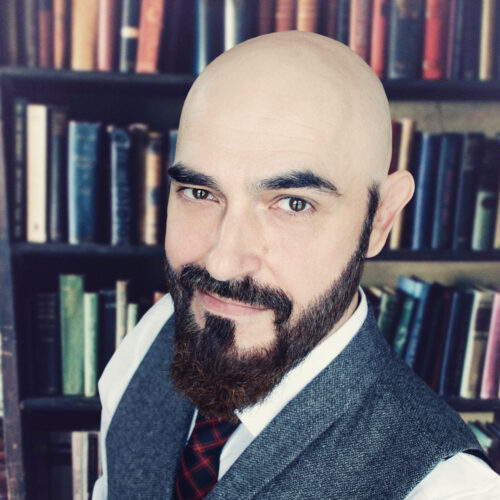 How to write so that young
people want to read?
Literature for young people
in Poland and Ireland

A writer, playwright and a graphic artist, the author of popular books for adults and award-winning novels for children and young people. His accolades include: the City of Warsaw Literary Award (Klątwa dziewiątych urodzin); three-time winner of the Astrid Lindgren Literary Competition (Czarny Młyn, Arka Czasu, Teatr Niewidzialnych Dzieci); three-time winner of the IBBY Book of the Year Contest (Omega, Klątwa dziewiątych urodzin, Serce Neftydy); two-time winner of Przecinek i Kropka Empik's Best Children's Book Contest (Bez piątej klepki and Pomylony narzeczony). For his novel Teatr Niewidzialnych Dzieci, he received the Readers' Prize at the nationwide Kornel Makuszyński Literary Award. His novel Arka Czasu was chosen by Jury der Jungen Leser as Children's Book of the Year 2015 in Austria. For his lifetime achievement in literature, the author was awarded the Guliwer w Krainie Olbrzymów Literary Prize and the Gloria Artis Bronze Medal. In 2016, the premiere of the film adaptation of his book Za niebieskimi drzwiami took place, and in 2021, the screen adaptation of Czarny Młyn was released in cinemas. Marcin Szczygielski's novels have so far been translated into Bulgarian, Spanish, Lusatian, German, Macedonian, Serbian, Russian and Ukrainian.