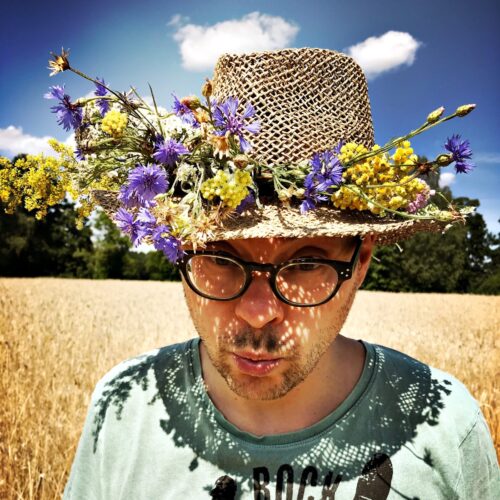 A writer, philosopher, translator, and researcher affiliated with Uniwersytet Muri im. Franza Kafki. He worked on James Joyce's Ulysses for several years, which resulted in a monograph Labirynt i drzewo, 2005; and a guide Dublin z Ulissesem, 2008. Subsequently, he published two volumes of his own prose: Pensjonat (2009) and Ptasie ulice (2013), essay collections Rzeczywistość poprzecierana (2015) and Atrapy stworzenia (2020), and a Polish horror story anthology Opowieści niesamowite z języka polskiego (2021). His interests include the philosophy of Judaism and the Jewish theme in literature. His translation works include Lawrence Kushner's The Book of Letters, David Roskies' essays, Amos Oz and Fani Oz-Salzberger's Jews and Words, and Shmuel Yosef Agnon's short stories. On occasion, he lectures and takes photographs. He also edits and typesets his own books and books by other authors. He was editor-in-chief   at the Midrasz magazine from 2000 to 2019. He is currently working on a book about the paintings of Witold Wojtkiewicz.